If we were to try our hand at being a (slightly ageing) indie band, maybe this would be our album cover?!  It was the headline shot from a feature on the studio, written by Kotaku.

It’s moments like these that you sit back and take stock of what you’ve achieved as a studio. And the exciting potential of where we’re going in the future!

As a leadership team we’ve worked hard to deliver a coordinated, coherent experience with Blackwood Crossing. Even though the four of us have developed numerous console titles in our past lives, creating PaperSeven’s first console/PC title has been a big learning curve.

This article is a big up to that – the decisions made along the way – and of course the team’s execution of the ideas.

(It was also published on the day of Trump’s inauguration, and was a nice boost on an otherwise surreal afternoon!)

You can read the full article here: 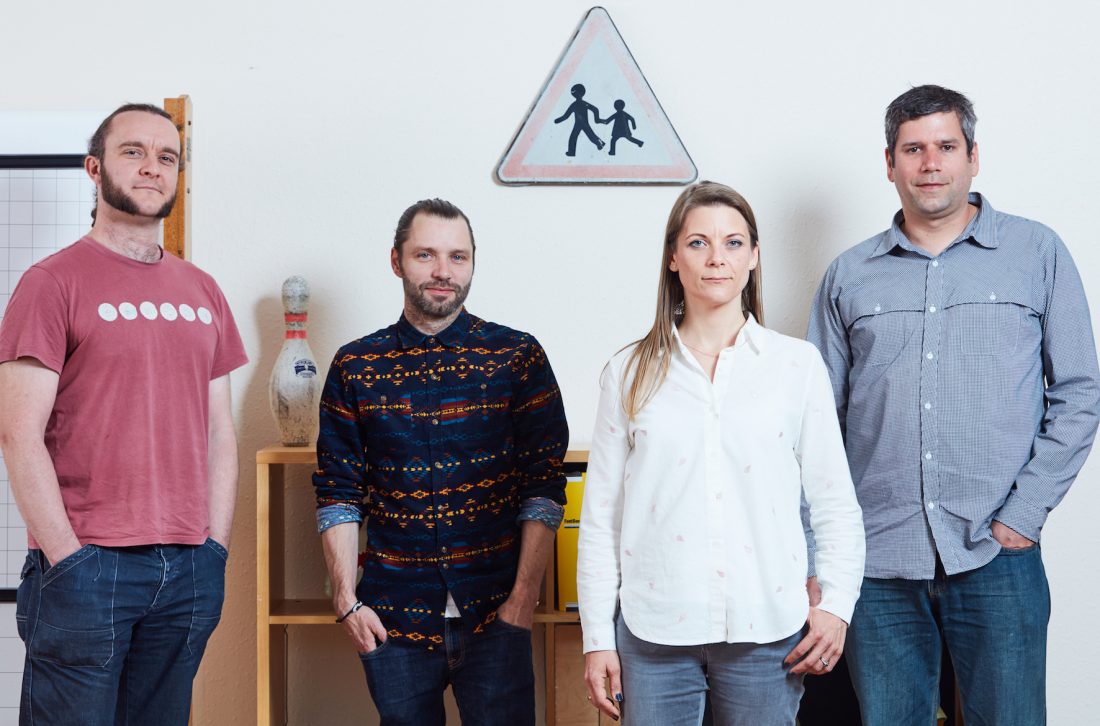