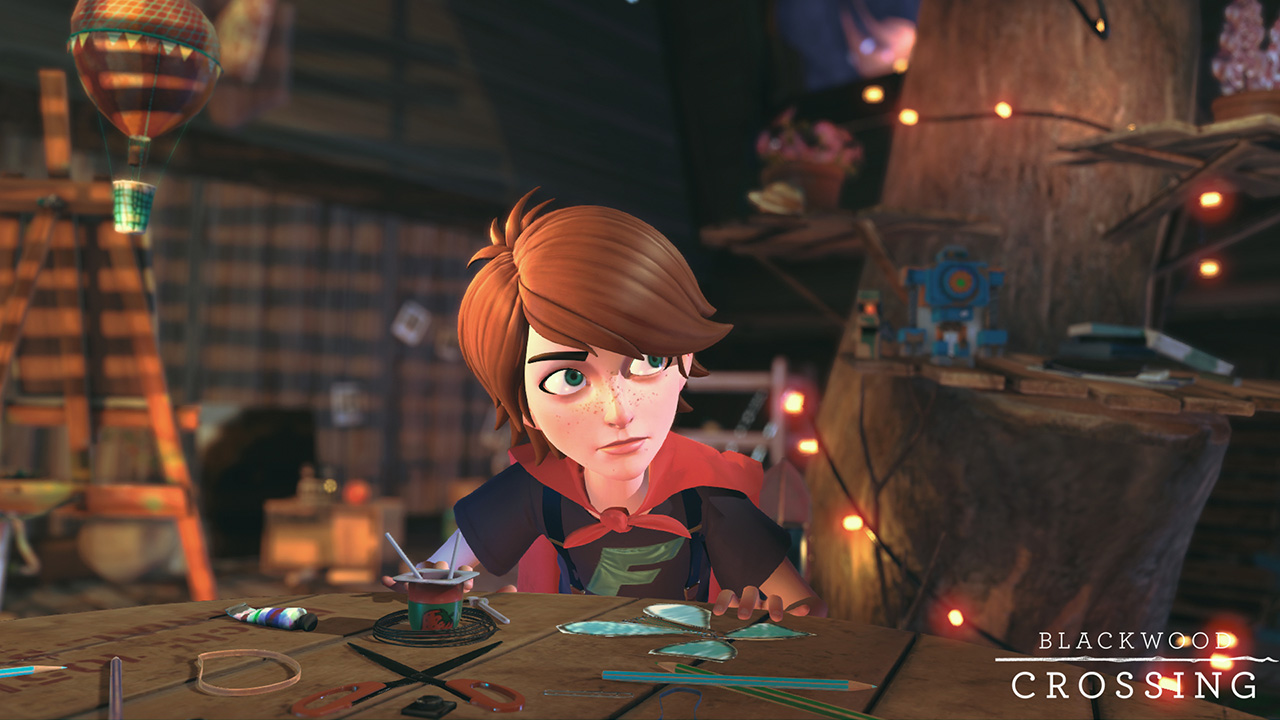 June 1st, and the time has finally come to talk about our new game, ‘Blackwood Crossing’.

And we’re so excited about doing so (even if, honestly, we’re a little scared!). A bit like a parent letting their kid out on their own for the first time 😉

Blackwood Crossing is a story-driven first-person adventure game, launching on Xbox One, PS4 and Steam later this year.

It’s an intriguing, mysterious tale that explores the fragile relationship between orphaned siblings, Scarlett and Finn. When their paths cross with a mysterious figure, an ordinary train ride evolves into a magical story of life, love and loss.

You play as 14-year-old Scarlett, guided – and goaded – by your 10-year-old brother, Finn.

Navigating this powerful drama, where the world and your abilities develop in extraordinary ways, you are forced to examine your relationship with Finn. Orphaned when your parents died in a car accident, your relationship with him has always been strong. However, adolescence has opened the door to other interests away from home, and you’ve been growing apart.

As you gradually uncover the true depths of Finn’s anguish the consequences of your remoteness become shockingly clear.

PaperSeven have been developing Blackwood Crossing for just over a year. It’s the first console / PC game from our independent Brighton-based studio, and is what we consider as our first ‘grown up’ game.

The world of console and PC is not new to us though. The management team in the studio have over 40 years of games experience, and were all senior players at Disney-owned developer, Black Rock Studio. So we bring a lot of prior knowledge. But the first four years of PaperSeven were spent on mobile games, and mostly work for hire properties.

So this transition is a huge deal for us.

Blackwood Crossing is evidence of our desire to explore experiences with depth and meaning, and create characters that challenge the usual clichés. The idea of having a female lead was one we felt strongly about from the beginning. We also wanted to create a relationship that was believable, and which people could relate to.

We can’t wait to share more about the game over the coming months, ahead of its release later in the year.

Bye for now, and thanks for reading.