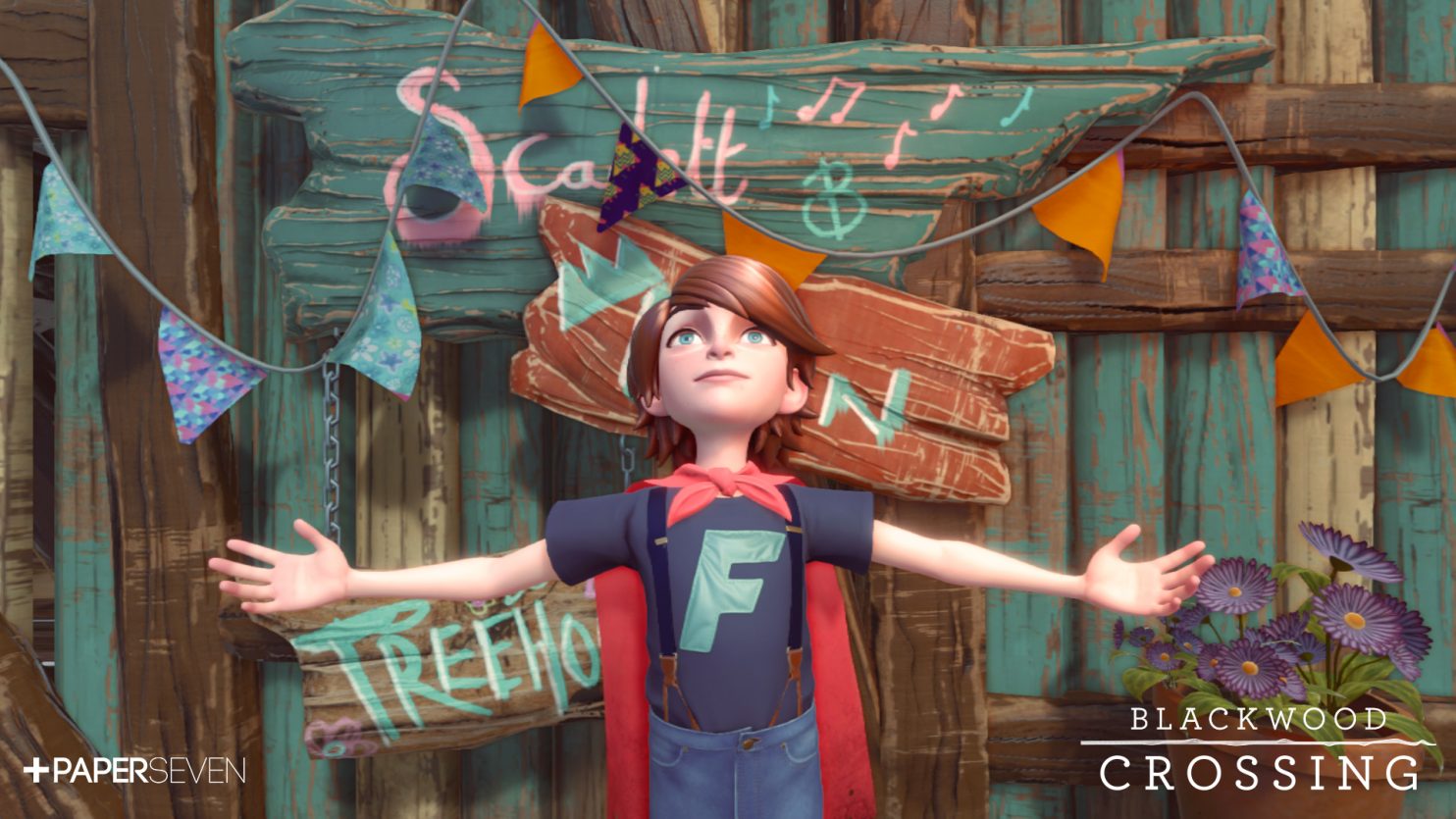 Now we’ve checked out Scarlett in more detail we can turn our attention to her little brother Finn.

Ten-year-old Finn is the player’s driving force through the Blackwood Crossing adventure. It’s safe to say he plays a pivotal role 🙂

So, alongside Scarlett, we had considered a few different options for him – a show off; a mad scientist; a recluse. Once Scarlett was established we could use her as a yardstick by which to measure Finn.

We quickly realised that the character of a recluse doesn’t give you much to work with and would, in all likelihood, make for a pretty boring gaming experience!

We settled on a cross between a vaudevillian show-off (outspoken, confident and just on the right side of arrogant) with a smattering of artistic scientist thrown into the mix to balance things out.

Because if Scarlett’s unflappable, then Finn needs to be a challenge to play off that. 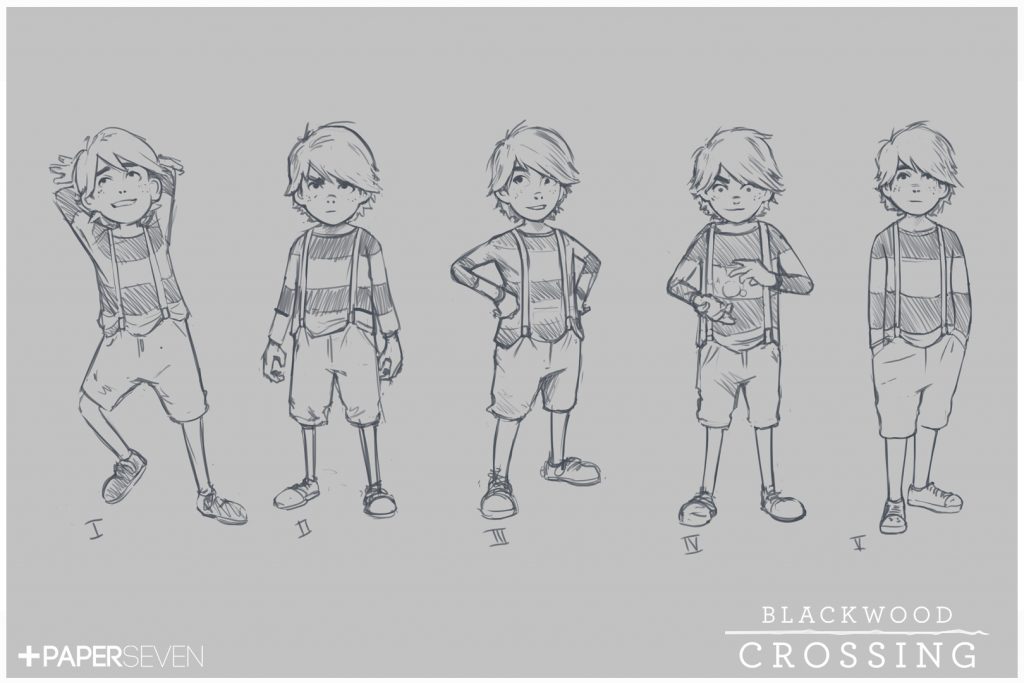 The board below brought these ideas together for the start of the concepting phase. Working once again with Concept artist, Gilles Ketting. 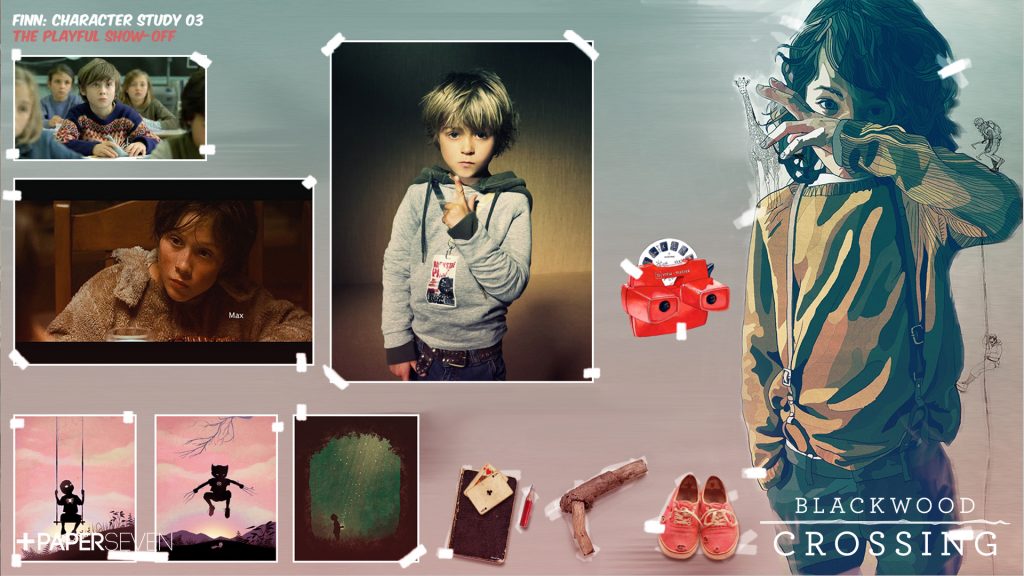 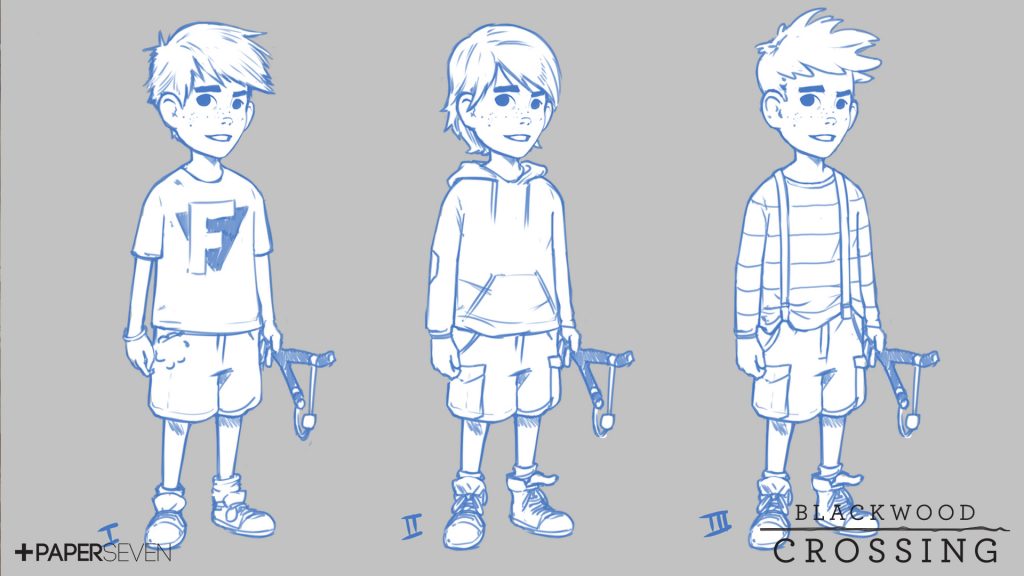 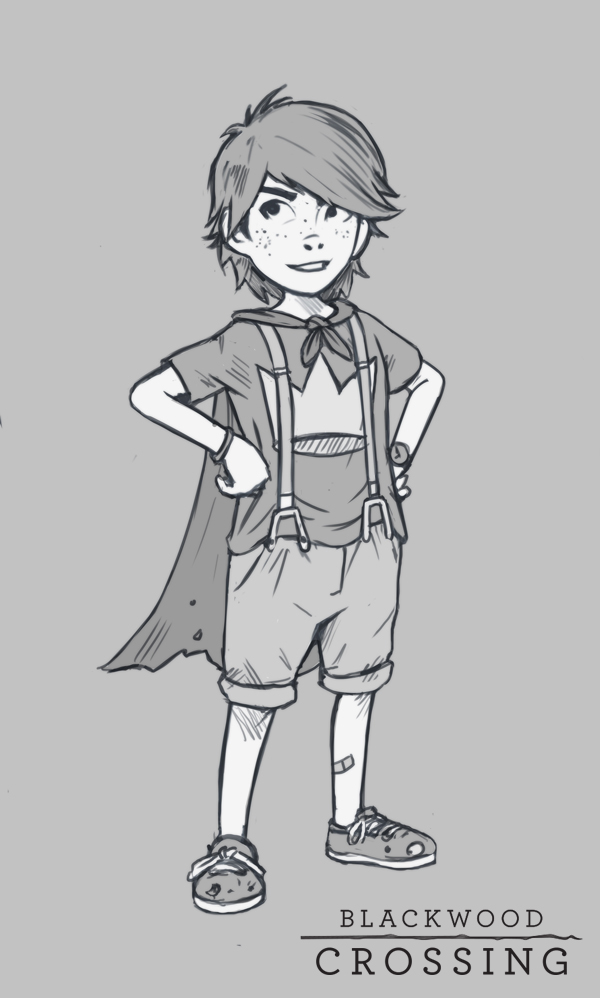 Finn’s impishness starts to come through

We wanted Finn’s quirkiness to come through in his styling. With a hint of old-fashioned influences from his grandfather from his braces; and theatrics in the form of his cape. 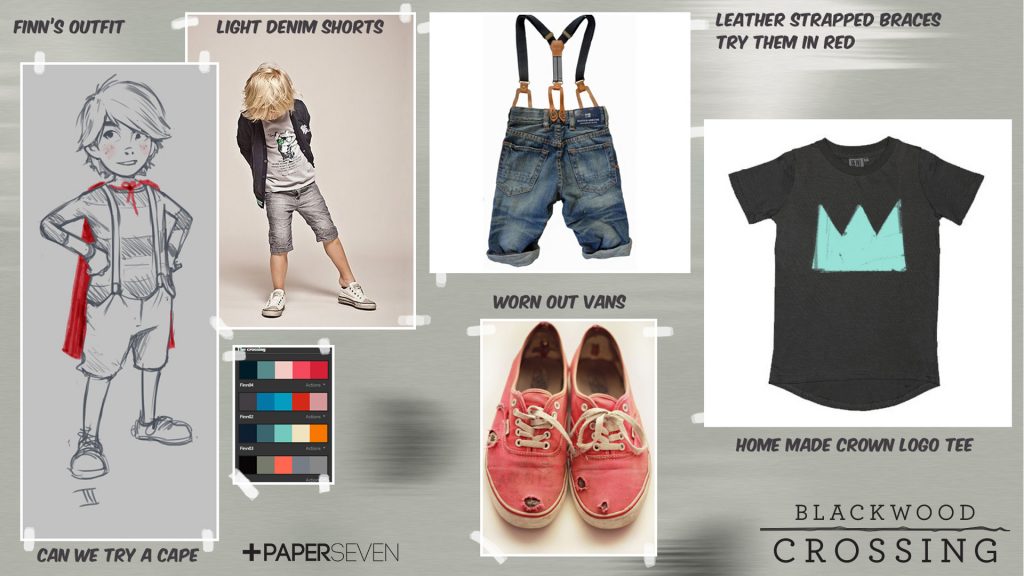 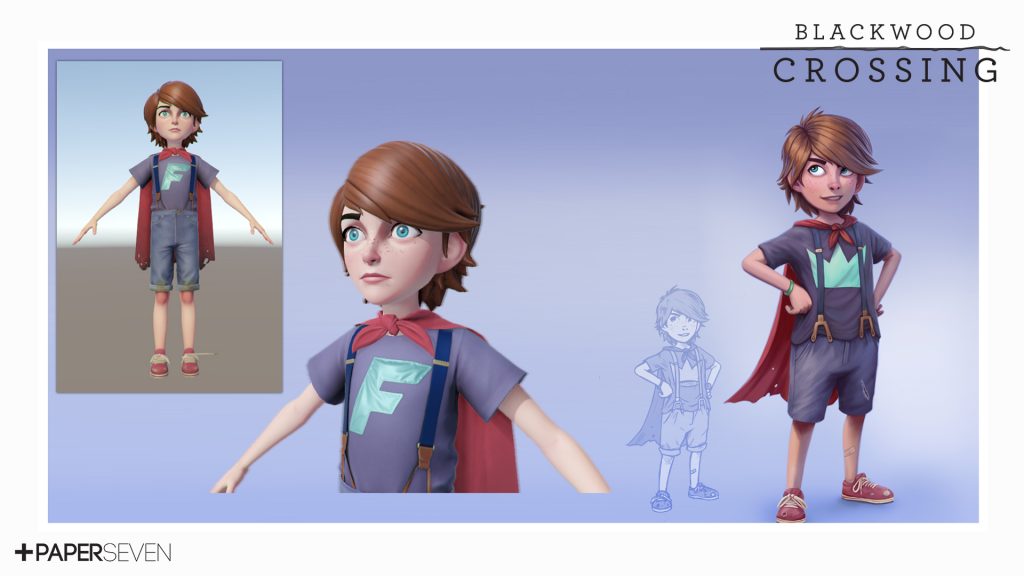 From Concept to Final

Finn’s parents died when he was very young, so he’s essentially been brought up by his grandparents.

He’s had free-reign of their farm – a playground for his own amusement. While his grandmother dotes on him and his sister, his grandfather is of the age where children are not to be molly-coddled, and he has a lot more freedom than some of the other kids at school.

This time and space has nurtured his inventiveness, and we see it throughout the game. He can spend hours up in the treehouse making plans and testing out his crazy ideas.

As Scarlett remarks when up in the planetarium, “he’s a proper genius when he puts his mind to it!”. 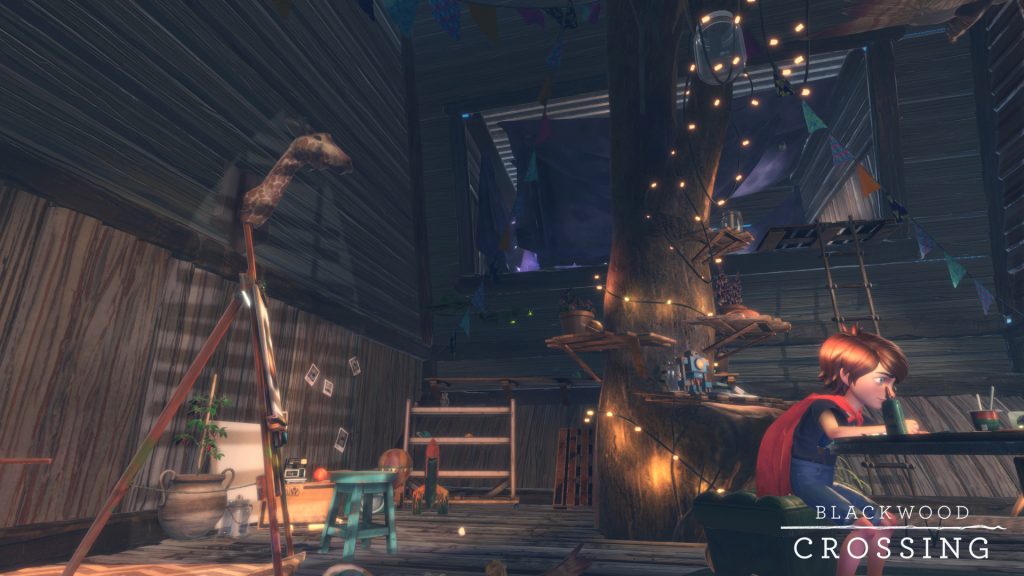 Finn playing in his Treehouse