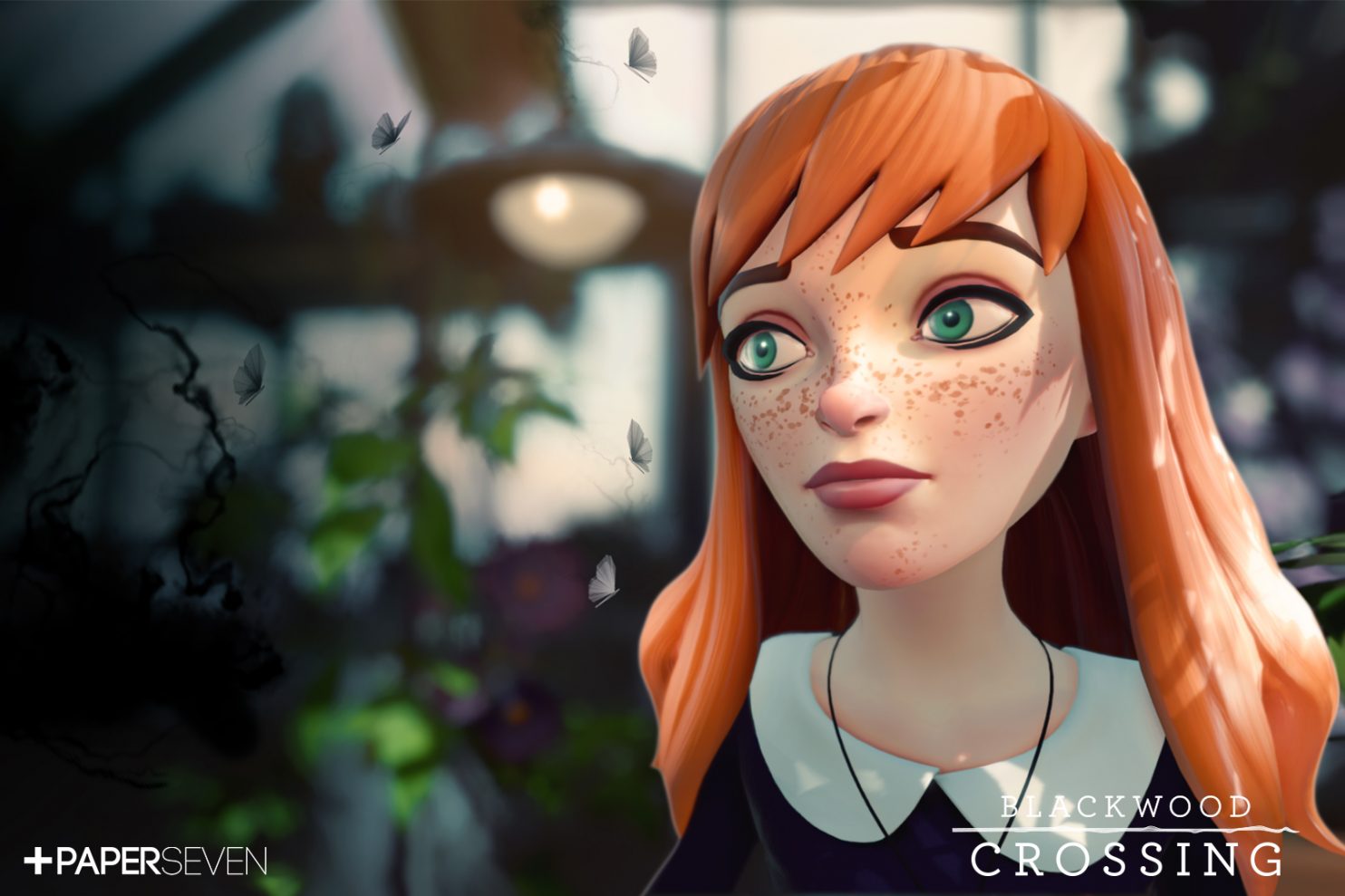 Firstly to Scarlett, who our players control throughout. We’ll look at what we knew about Scarlett from the beginning, and how her personality and her in-game look developed over time.

Getting the game’s two main characters into our world took time – we knew that to rush the personalities, around which the entire narrative was going to hang, was reckless. We wanted to explore the many different aspects of Scarlett’s personality, and how those fine details would influence her behaviour and reactions throughout the game.

Our starting point for Scarlett was that she was a teenage girl, 14 years old. She had spent the latter half of her childhood growing up on her grandparents’ farm, following the sudden death of her parents aged seven. She still felt the loss of her parents and the wrench of leaving her old life, and has always felt slightly out of place.

A square peg in a round hole…

We explored a few different high level personality types – an emotionally-charged artist; a punk; a tomboy; a rebel; even a preppy ‘It Girl’! Each of them had traits that we thought fitted with Scarlett’s character, but none of them were quite right. It was a bit of a Goldilocks situation.

We eventually settled on her being a thoughtful, artistic hippy with just a touch of misfit rebel to reflect her difficult upbringing.

We all agreed. Tonally, this felt right. She ‘grew up’. She became less tomboyish and more artistic and centred. And that was important, because with what Scarlett is going to see and deal with in the course of this story, she needed to be someone who could face the unimaginable with a coolly raised eyebrow. 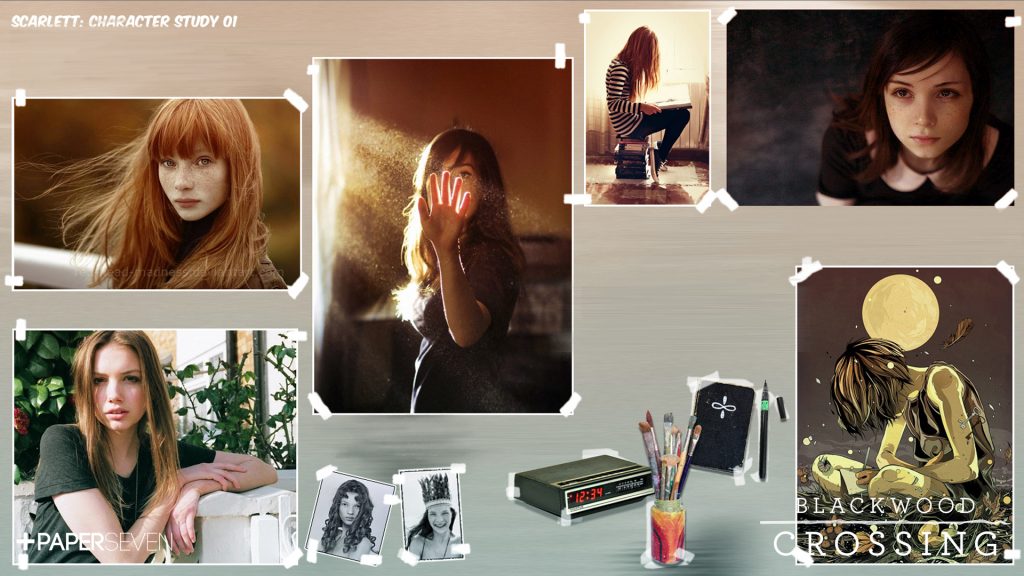 Part of the process of coming to this decision was digging into Scarlett’s backstory and her character.

At school, she’s a gifted but not outstanding student. Her deliberate, purposeful nature means she absorbs information that might sometimes be lost on her more distracted peers.

Outside of classes, she’s drawn to solitary pursuits such as painting and sculpture over team sports or group activities. She’s slow to trust and build relationships, and this also extends to her interests and fashion. She has little time for the fickle, rapidly changing fads of popular culture, instead seeking out things with which she feels a deeper, more personal and lasting connection.

Socially, she moves on the fringes of a number of circles, having not arrived with a ready-made clique like the girls from primary school. She’s mates with everyone but especially close to no-one in particular. Her grades are a little too good and her fashion not archetypal ‘cool’, but her looks and her confidence in her own being places her beyond derision.

As the girl she was starts to give way to the woman she will become, Scarlett feels increasingly constrained by life and her position in it. She feels out of place and this is developing into an angst to push back, to break out of the ill-fitting world she has tolerated for so long.

This growing voice is searching for outlets. 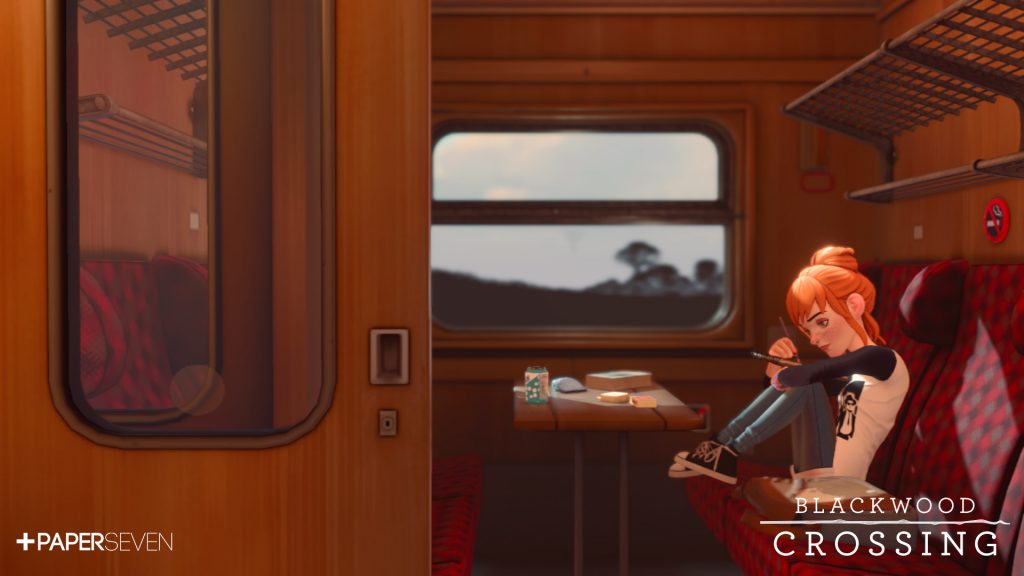 Scarlett’s past self sits sketching

Starting out, we concepted different silhouettes, different styles. This was an early exercise and helped ask and answer questions as her character developed.

Next phase sketches of Scarlett

But as her personality was more refined so was our visual reference, and we worked with a local concept artist, Gilles Ketting, to develop her final look.

We liked the idea of a spirited, independent redhead, and of her fashion sense having a root in the style of the day (the game is set in the 1990s) but with a nod to a more mature aesthetic.

Looking back, one of the only changes we made to this original board was that her nail varnish went from aqua to black, and was chipped in the final texture! 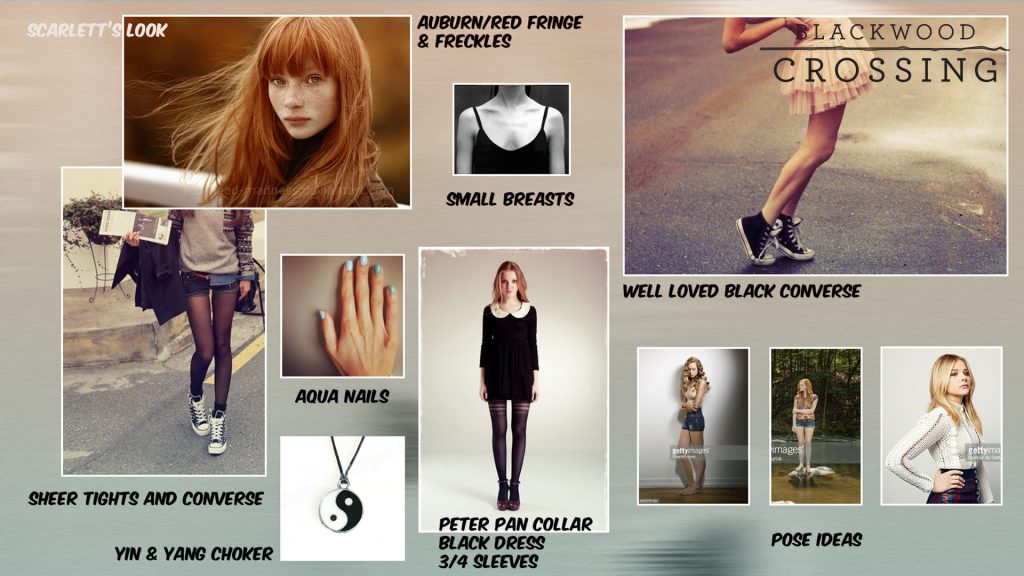 Using the boards, the final piece of concept art that would drive the modelling and texturing work, came together quickly. 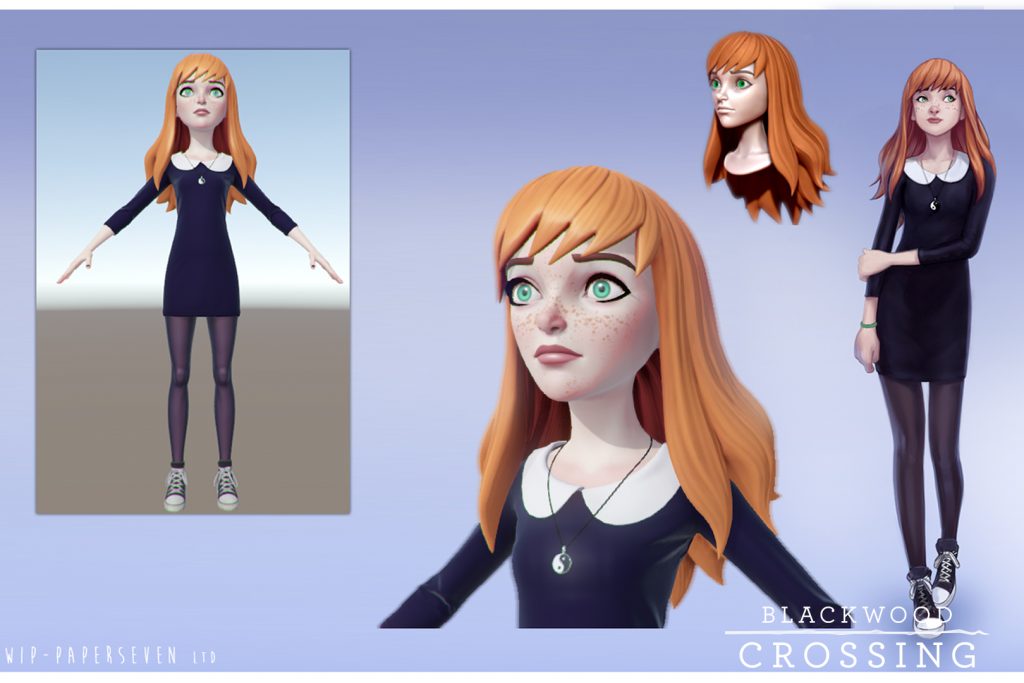 From Concept to Final Model

We also needed a version of Scarlett from the past, who could help tell some of the story. Again, the choices of clothing help to convey that Scarlett has a sense of her own identity; her own style, as she grows into her teen years. 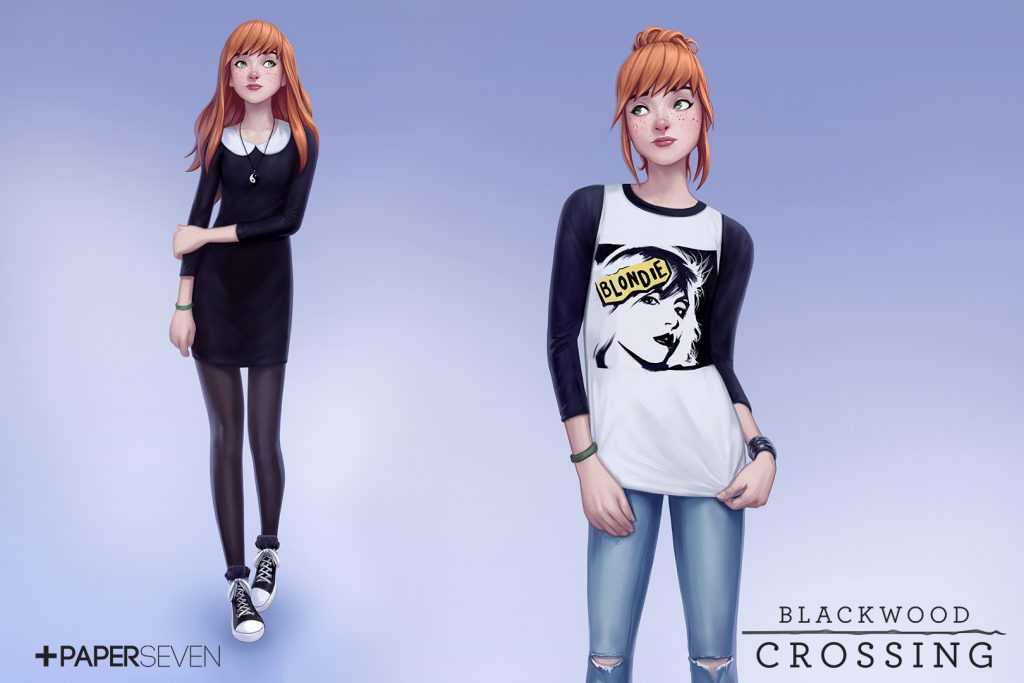 Scarlett Concept Sketches – Then and Now

Matt, our fantastic character artist, did an amazing job of translating Gilles’ concept drawings into 3D. 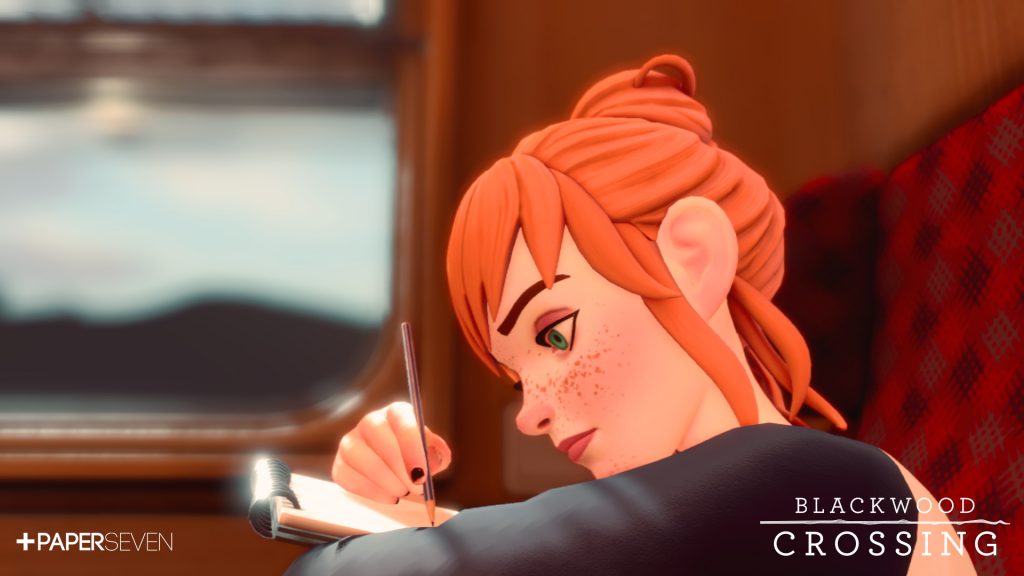 We’ll explore the technical side of the development process in the future, but for now we hope you’ve enjoyed finding out more about who Scarlett is.

Buy for now, from us, and Scarlett!